The Daily Journal: The Bigger Picture 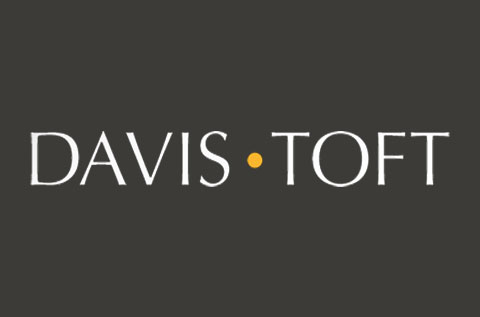 — Superior Court Judge Michael J. Raphael exudes little of the swagger and braggadocio that many might associate with a bench officer who spent nearly his whole career as a federal prosecutor.

Instead, he approaches his work with a meticulous and thoughtful air that hints at a fierce intelligence and a desire to codify individual rulings within a broader legal context.

“I do like it when attorneys are able to show me how what they are asking for makes sense in the overall legal landscape,” he said. “This may be because I see myself as someone who’s thoughtful about the law and who has the appellate background, but I am very happy with the sort of argument that shows me that the legal system won’t work well unless relief is granted or not granted in that certain situation.”

Raphael’s appreciation of legal context doesn’t extend to all aspects of argument, however. Often attorneys can get bogged down in the procedural history of a case and stray from the motion at hand, according to the judge.

I prefer that attorneys … focus on the legal standard that’s at issue in the motion that they are arguing and the facts or law that are relevant to it,” Raphael said. “A lot of times they tell me a lot of the history — for example between then and opposing counsel — and try and undermine the other side.”

The judge said he finds that unhelpful, partly because he likes specific legal facts he can cite in his rulings.

“I’m focused on trying to properly legally decide the motion that’s before me, so I’m trying to find out what law governs and what facts apply, and the more attorneys [who] can do that for me, the better,” he said.

Raphael, who was appointed to the bench by Gov. Jerry Brown in December 2011 after 12 years in the U.S. attorney’s office for the Central District will have ample opportunity to steer attorneys toward his ideal form of advocacy in his newest judicial assignment.

After spending almost his first year as a judge in the West Covina courthouse handling limited civil, unlawful detainer and small claims cases with a brief stint in a misdemeanor criminal court, Raphael was assigned to one of the county’s new “hub” courts — locations in which matters that were formerly spread across numerous courthouses are being consolidated to cut costs in the budget crises. He, along with Judge Stephanie M. Bowick, have been tasked with handling all pre-trial motions and setting trial dates for ever limited civil case on the county’s docket.

The case load will approach 15,000 once all the cases have redistributed into his and Bowick’s courtrooms from the 21 courts around the county that currently handle limited civil calendars.

Despite the daunting number, Raphael feels his skills will make him a good fit in the assignment. However, he said he might not be able to dig as deeply into each case as he might have while in West Covina.

“…We think that once we’re going with [14,000] or 15,000 cases that we’re going to have a full plate with the motions plus the trial dates plus a handful of other small things that go with the cases,” which will leave little time for settlement conferences and other non-essential case work, he said.

Raphael was born in Los Angeles and has a large extended family, many of whom still reside in Southern California. However, he didn’t spend his childhood or adolescent years there.

His father, a professor of American Jewish history, was offered a position at Ohio State University when Raphael was three, and the whole family moved to the Buckeye State. Raphael said he was raised “practically on the campus.”

After high school, Raphael matriculated to Rice University, where he initially thought he wanted to be a journalist. But an internship in Chicago at the Tribune made him realize that may have not been the ideal career choice.

“I had an externship or internship with Chicago Tribune my junior-year summer of college,” he said. “I was always interested in writing, except I realized I was very interested in public issues, and most of the issues at that time that were going on in the world had to with law one way or the other, and that got me interested law school. I had not realy through abut being a lawyer until entering my senior year in college.”

His mind made up, he applied and was accepted to Yale Law School, where he spent most of his time absorbed in studies, though he was also on law review and volunteered with a program to educate high school students about the law and their rights.

After graudating from law school in 1993, Raphael clerked for now retured 6th U.S. Circuit Court of Appeals Judge Nathaniel R. Jones in Ohio for a year, an experience he said was formative.

When I discovered in law school that [clerking] was an opportunity, it was something I really wanted to do because I’ve always had what you might call an intellectual interest in the law,” he said. “I’ve always been less interested in being a a fierce advocate than I have in being someone who analyzes the law an dgets at the truth. So the opportunity to clerk for a judge — like the opportunity to be a judge much later on — was something I naturally sort of gravitated to because I like both public service and the indepence that you have when charged with determining the truth in the matter.”

After a year clerking for Jones, Raphael worked as an associate at Sidley Austin LLP from 1994 through 1997, when he took a position in Washington D.C. as investigative counsel for Congressman Henry Waxman. While working on several investigations into political figures, he noticed that many of the other lawyers he interacted with were former assistant U.S. attorneys. He thought that job might be an interesting career step, so he applied and was hired in California’s Central District.

Raphael stayed in the office for more than a decade, with the last five years dedicated to appellate work, and ultimately became chief of criminal appeals. It was an ideal assignment, he said, because he was able to work on many complex cases.

“We argued maybe 100 cases and briefed maybe 300 a year from the office so lots of issues to deal with and lots of chances to work on challenging things,” Raphael said.

Aside from his appellate work, he was also the lead prosecutor in a case against defense attorney Troy Ellerman, the lawyer who leaked grand jury testimony from Major League Baseball players like Barry Bonds and Jason Giambi during the investigation into performance enhancing drugs and the BALCO laboratory.

“Ultimately, without having to have the press compelled to violate their privilege, we were actually able to develop enough evidence to successfully presecute defense attorney Troy Ellerman who had violated a court protective order by leading this information,” Raphael said. “He [pleaded] guilty completely and admitted all his conduct got a 30 month sentence and I got an attorney general’s award for it.”

But after a dozen years in the office, Raphael was looking for a new challenge. So, when Brown was elected governor, he applied for a judgeship and was ultimately among the first batch of Los Angeles County judges the governor appointed.

Lawyers who have appeared before Raphael characterize him as throughful and willing ot let attorneys have some leeway in the court.

“It was very apparent that he was very bright and capable,” said Thomas P. Davis, a Laguna Beach attorney who appeared before Raphael in a three-day bench trial. “He let the attorneys try their [cases], but at times asked questions of his own to clarify what the testimony was.”

Michael Hogan of Hogan & Associates in Orange who has had several jury trial before Raphael, said he was sorry to learn the judge would no longer be working in that capacity.

“I understand the need for competent and good judges in these new courts, but I hate to see his talents as a good trial judge go to waste,” Hogan said, noting Raphael’s ability to keep going when others might stop. “He’s got one of those energizer batteries in him.”

Ariella E. Perry, a lawyer with Mark Weiner & Associates in Glendale who also had a jury trial before Raphael, advised attorneys to come before the judge prepared and be comfortable with technical legal arguments.

“Judge Raphael requires you to be very knowledgeable about your case and advocate with a certain level of legalese,” she said. “Be prepared know the law and have good arguments that cite points of law that support your case.”

Lawyers said they were most impressed with Raphael’s ability to be flexible and approach each case individually. “Rather than his way or the highway,” said Garret R. Fry, an attorney with the Law Offices of Stephen L. Belgum in Glendora, who had several matters before Raphael, “Judge Raphael went out of his way to find the best way to handle each individual case.”

Outside the courtroom, Raphael said he and his wife — an assistant U.S. attorney — are consumed with raising two young children. However, on top of dad duties and a growing caseload, the judge still describes himself as an avid runner who leads a lunch running group once a week and competes in distance races. 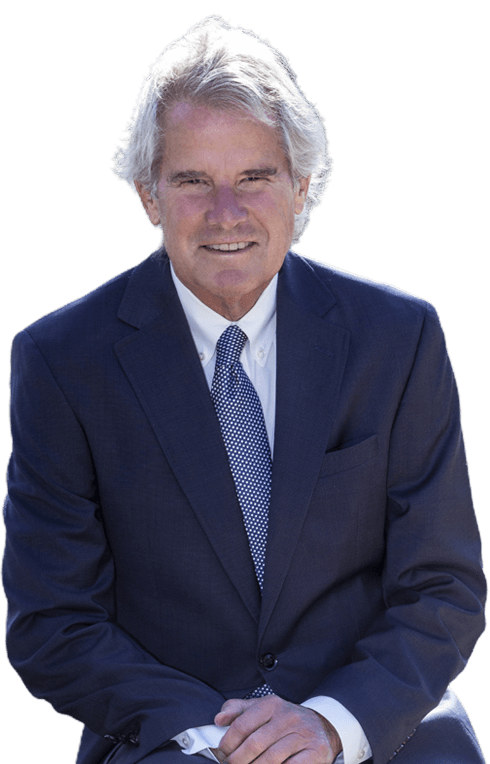 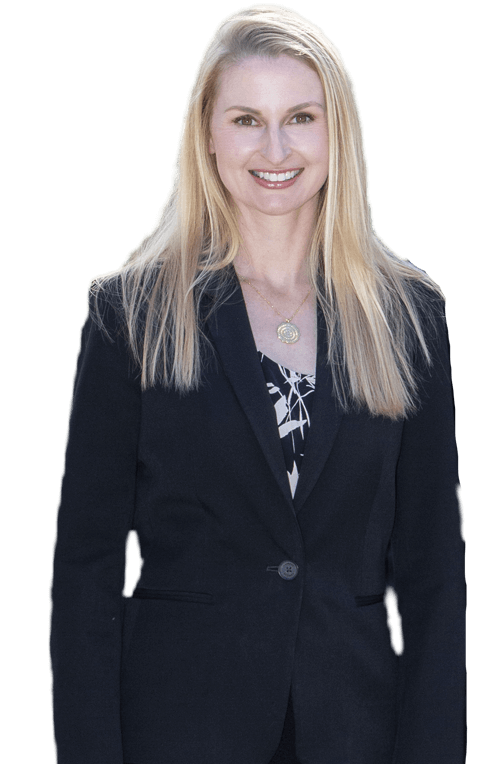